The German economy’s strong upswing continues. At 112 points, the Economic Barometer published by the German Institute for Economic Research (DIW Berlin) continues to signal GDP growth that is well above average: 0.7 percent in the third quarter and 0.9 percent in the fourth. “The German economy is heading toward 2018 at full speed,” said Ferdinand Fichtner, head of forecasting at DIW.

According to DIW estimates, industrial production should continue to grow in response to dynamic foreign demand. This will also add some momentum to corporate investments, particularly as business sentiment has recently improved substantially. “After the Bundestag election, many firms appear to be counting on the dawn of a golden era,” added Fichtner. “But the new federal government first has to deliver. Right now, the coalition negotiations are creating the impression that the existing surplus in public budgets is being divided up to serve a range of party-specific interests instead of setting clear priorities and investing in Germany’s future.”

DIW forecasts that private consumption will lose some momentum. Nominal income is continuing its upward surge, but at 1.7 percent inflation will be much higher than it has been in recent years because of energy prices. Instead of plunging, they will tend to rise. The bottom line is that consumers will not have as much extra money in their pockets as they did before. 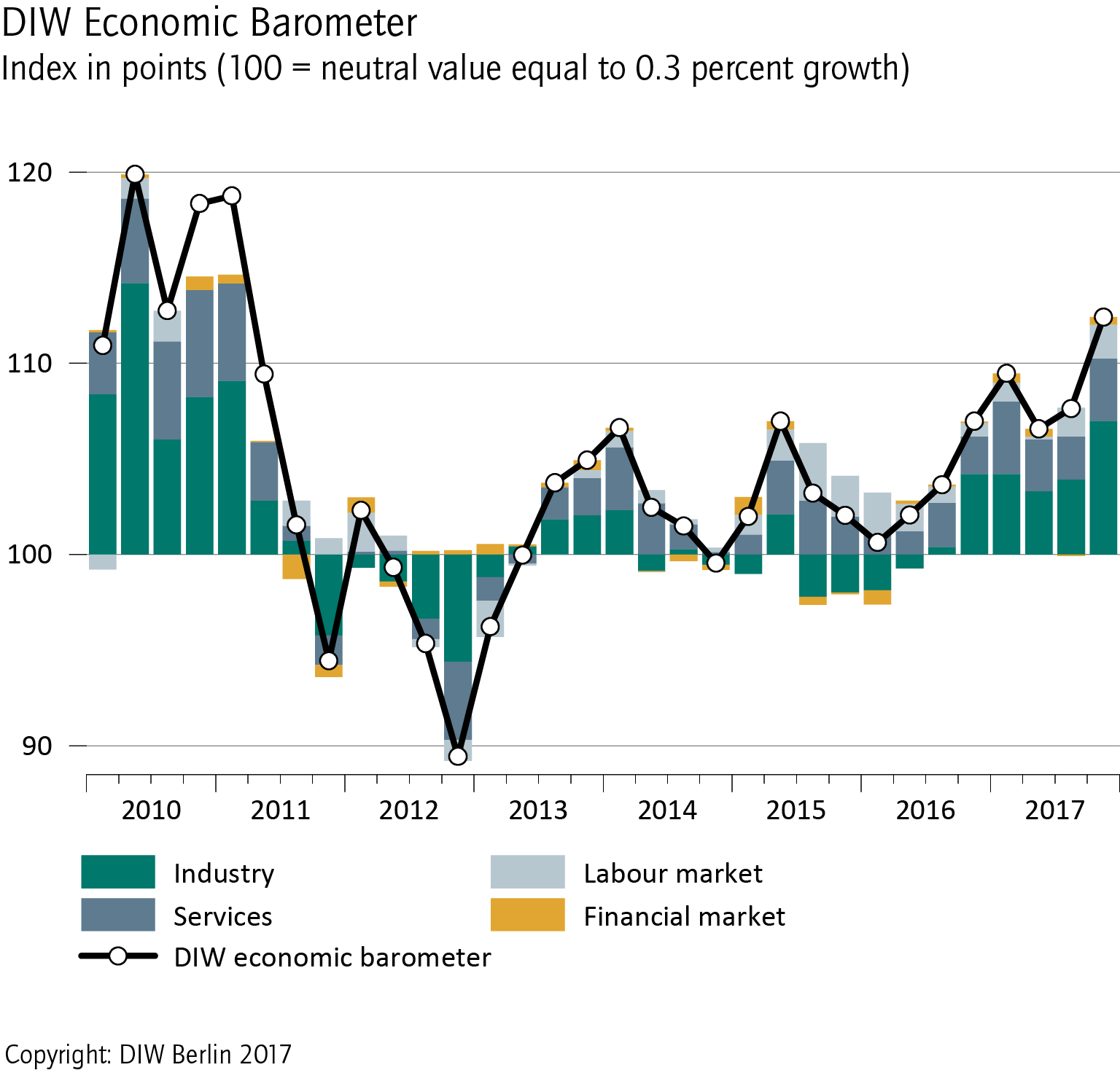