The economic barometer of the German Institute for Economic Research (DIW Berlin) once again reports exceptionally strong growth in the final quarter of 2017: the index level increased to 113 points. GDP should thus continue to outperform at a read of 0.8 percent in the fourth quarter. “Caution should be exercised when interpreting the euphoric sentiment indicators,” warns Ferdinand Fichtner, head of forecasting at DIW Berlin. “After the election, many companies should have expected noticeable economic stimuli – and whether this still applies after the failure of the Jamaica coalition talks remains to be seen.” Indicators reflecting the current situation have subsided; industrial production has also declined recently.

Positive signals are coming from the manufacturing sector in particular, which is profiting from the current broad-based upswing in the global economy. However, according to DIW Berlin's assessment, the service sector should also continue to grow, boosted by the noticeable increase in private consumption. Ongoing employment creation and rising wages are pushing up disposable income. Only slightly higher inflation is dampening consumers’ purchasing power.

“Recently, some risks have been resolved that probably weighed on companies' appetite for spending," says Simon Junker, DIW Berlin's expert on the German economy. “The elections in the Netherlands and France did not led to the successes of parties critical of Europe; the Chinese economy has stabilized recently; protectionist measures have not increased excessively; and the Brexit decision has – at least so far – hardly dampened the global economy." Partly as a result of these developments, corporate investment has picked up noticeably worldwide, and is currently also boosting domestic investment activity. 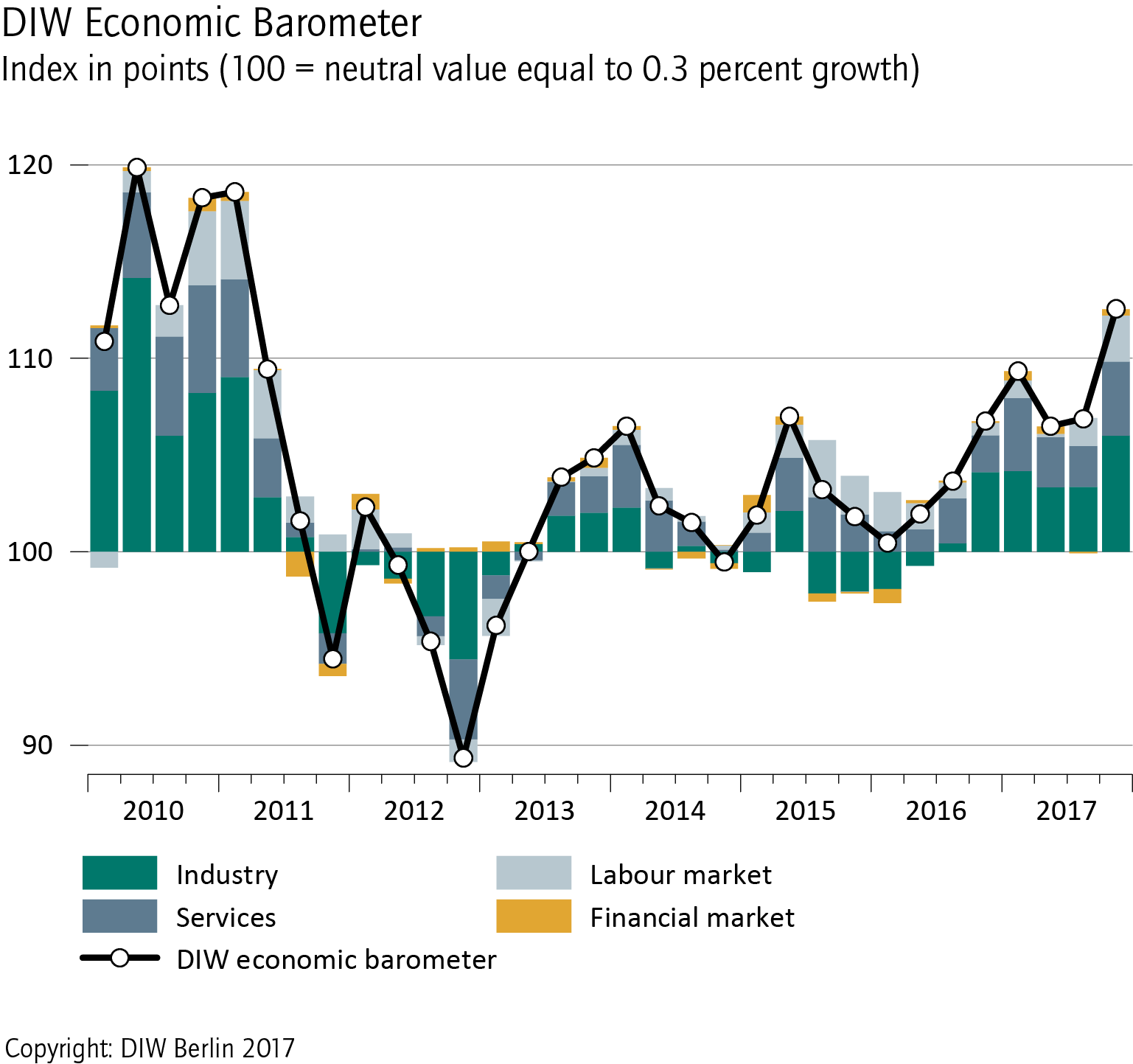