What if the ECB were to reduce its bond purchase program by more than what it reported at the end of October? What if it reduced its bond holdings quicker or earlier? DIW Berlin economists Marius Clemens, Stefan Gebauer, and Malte Rieth investigated what implications there would be for economic growth and inflation in the euro area.

The European Central Bank has been buying up government bonds from euro countries against the backdrop of very weak price dynamics. The ECB’s bond holdings have since grown to almost two trillion euros. In January, the ECB will reduce its monthly asset purchases from 60 to 30 billion euros. “Little by little, the ECB will have to not only cut back on asset purchases, but reduce its bond holdings as well,” says Clemens. “It can do this by not replacing money from expiring bonds or even by selling the bonds before maturity.”

To calculate the effects of all three possibilities, the authors of the study developed a dynamic stochastic general equilibrium (DSGE) model calibrated to match euro area conditions which specifically takes into account expectations about the future direction of monetary policy. “Using this model, we can simulate how changes in the ECB's purchase program affect the euro area's economy,” says Gebauer. The authors assumed a baseline scenario similar to the current situation: the ECB reduces the purchase program in January 2018 to 30 billion euros a month and sticks to a low interest rate policy. 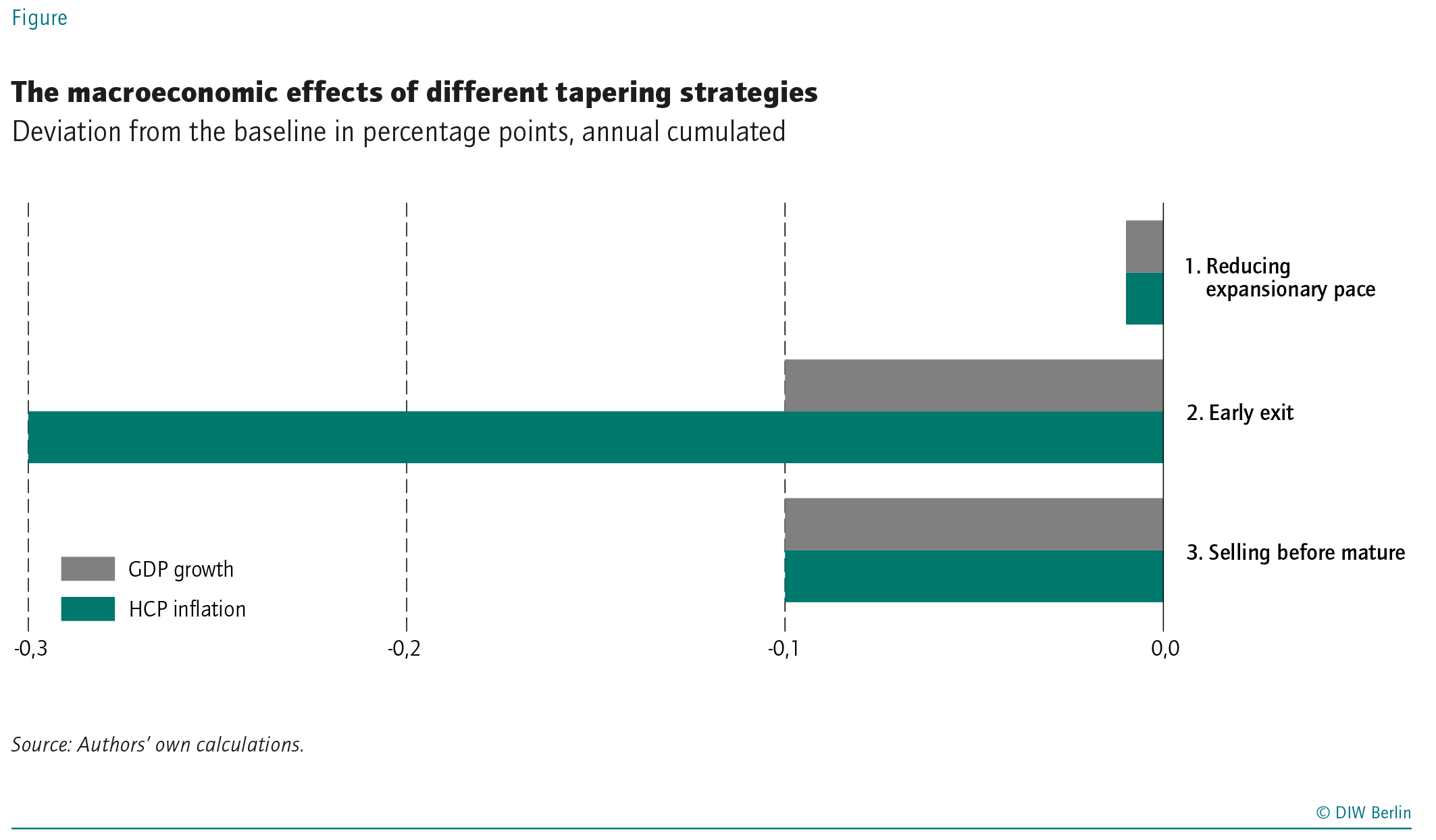 The effects would be more evident if the ECB reduced its bond holdings. One of the simulations is a scenario in which the ECB reduces its bond holdings earlier than expected – two years after the end of net purchases instead of four – by not replacing money from expiring bonds. This could reduce GPD growth in the first year by 0.1 percentage points and the inflation rate by 0.3 percentage points compared to the baseline scenario. However, if the central bank reduces its bond holdings faster than expected by selling the bonds before maturity, GPD growth as well as the inflation rate may sink in the first year by 0.1 percentage points compared to the current baseline scenario.

Most of all, an earlier-than-expected reduction in asset holdings would have a markedly negative effect on the inflation rate. “The central bank should also take this into account when considering how to reduce its bond holdings,” recommends Rieth.