The Economic Barometer of the German Institute for Economic Research (DIW Berlin) dropped by four points in December to 109 points. However, the value above 100 still indicates above-average GDP growth in the fourth quarter by slightly more than half a percent when compared to the third quarter. "Economic growth in the final quarter will be somewhat weaker than before. Nonetheless, the bulging order books indicate that the strong upswing will continue," says Ferdinand Fichtner, DIW Berlin's chief economic forecaster.

According to polls, business confidence has somewhat worsened compared to the very strong previous months, but it remains extremely optimistic. "The uncertainty regarding the formation of the German government does not seem to be worrying companies much," comments Fichtner. According to DIW Berlin's assessment, the economic situation remains favorable, as both domestic demand and foreign trade support growth. "Foreign demand is strong, which is one of the reasons companies are once again investing more. Private consumption continues to benefit from the strong labor market," says Simon Junker, DIW Berlin's expert on the German economy.

The world economy will lose momentum in the coming year: the U.S. economy may soon have passed its peak and the structural change in China is anticipated to lead to a weaker demand for capital goods from Germany. All in all, the economic experts at DIW Berlin expect a continuation of the upswing with gradually weaker growth of the German economy. It is experiencing an economic boom, but overheating is not presently a threat. 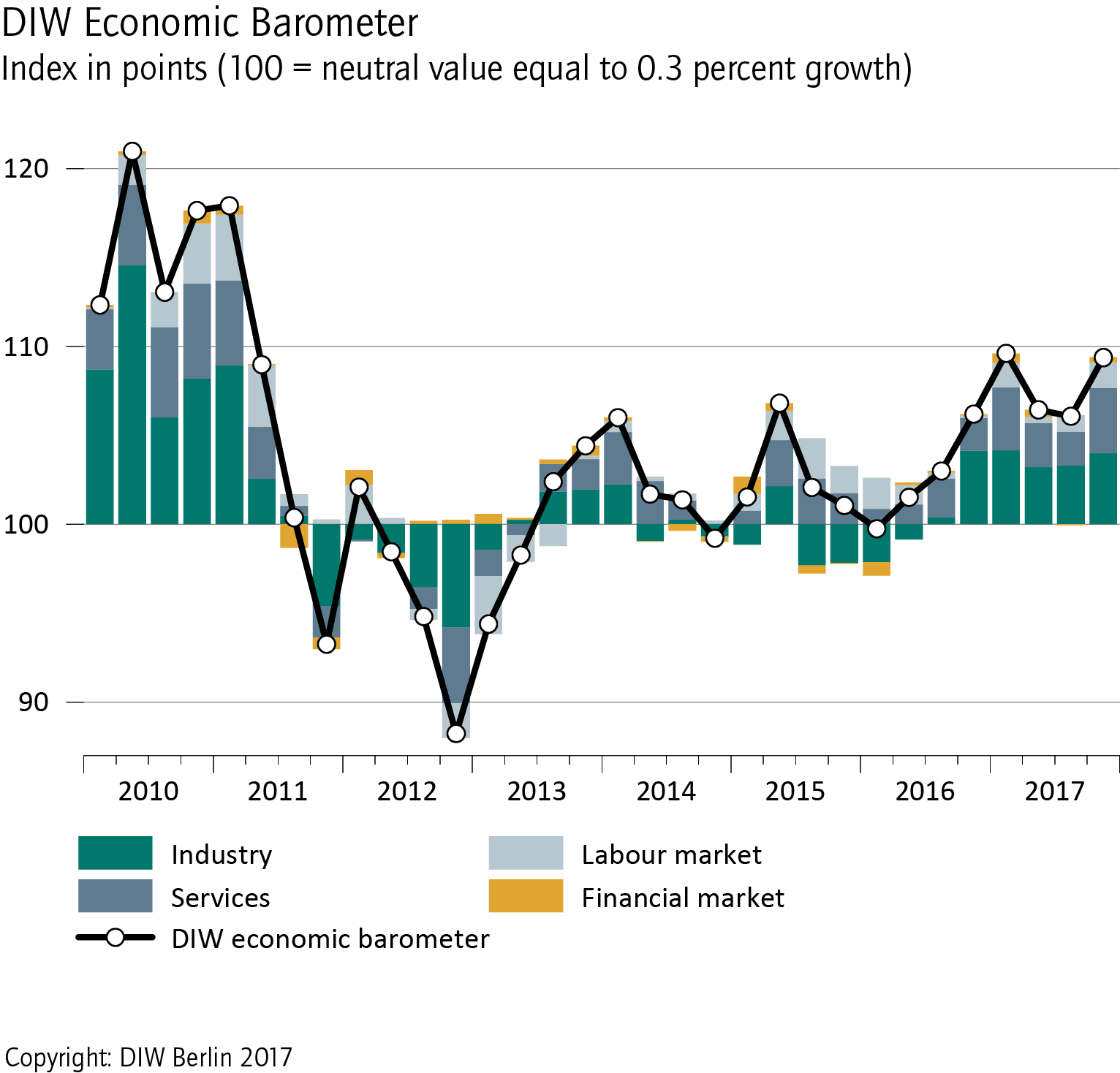 The next DIW Berlin Economic Barometer will be published on Wednesday, January 31, 2018.