The German economy continues to soar: the German Institute for Economic Research’s (DIW Berlin) Economic Barometer is at its highest reading in seven years. The index score for the first quarter landed at 118 points, an increase of almost four points compared to the last quarter of 2017. The Economic Barometer is thus well-above the 100-point mark that corresponds to the long-term average growth of 0.3 percent. Accordingly, the German economy is likely to grow more vigorously in the winter—by an estimated 0.7 percent in the first quarter of 2018 after a 0.6 percent growth in the fourth quarter of 2017, in each case compared to the previous quarter.

Given the high backlog of orders and high domestic and foreign demand, industrial companies are now viewing their situation positively like never before, but are a bit more reluctant when it comes to future development. Service providers are in a similar position. “The economy is currently running at full speed,” said Ferdinand Fichtner, DIW Berlin’s chief economic forecaster. “However, future growth may not be so high.”

The German economy is benefiting from a strong global upturn that has also affected the euro area. However, it may not continue at this pace: for example, the marked appreciation of the euro against the dollar makes exports from the monetary union more expensive. Moreover, the Chinese economy, which has so far been encouragingly robust, will lose momentum due to a structural change towards more consumer spending. One indication that this will probably affect the German economy is the decline in export expectations. “With a decline in foreign demand, employment growth in Germany will also be somewhat weaker than in previous years and lead to somewhat more modest increases in consumption,” said Simon Junker, DIW Berlin’s expert on the German economy. 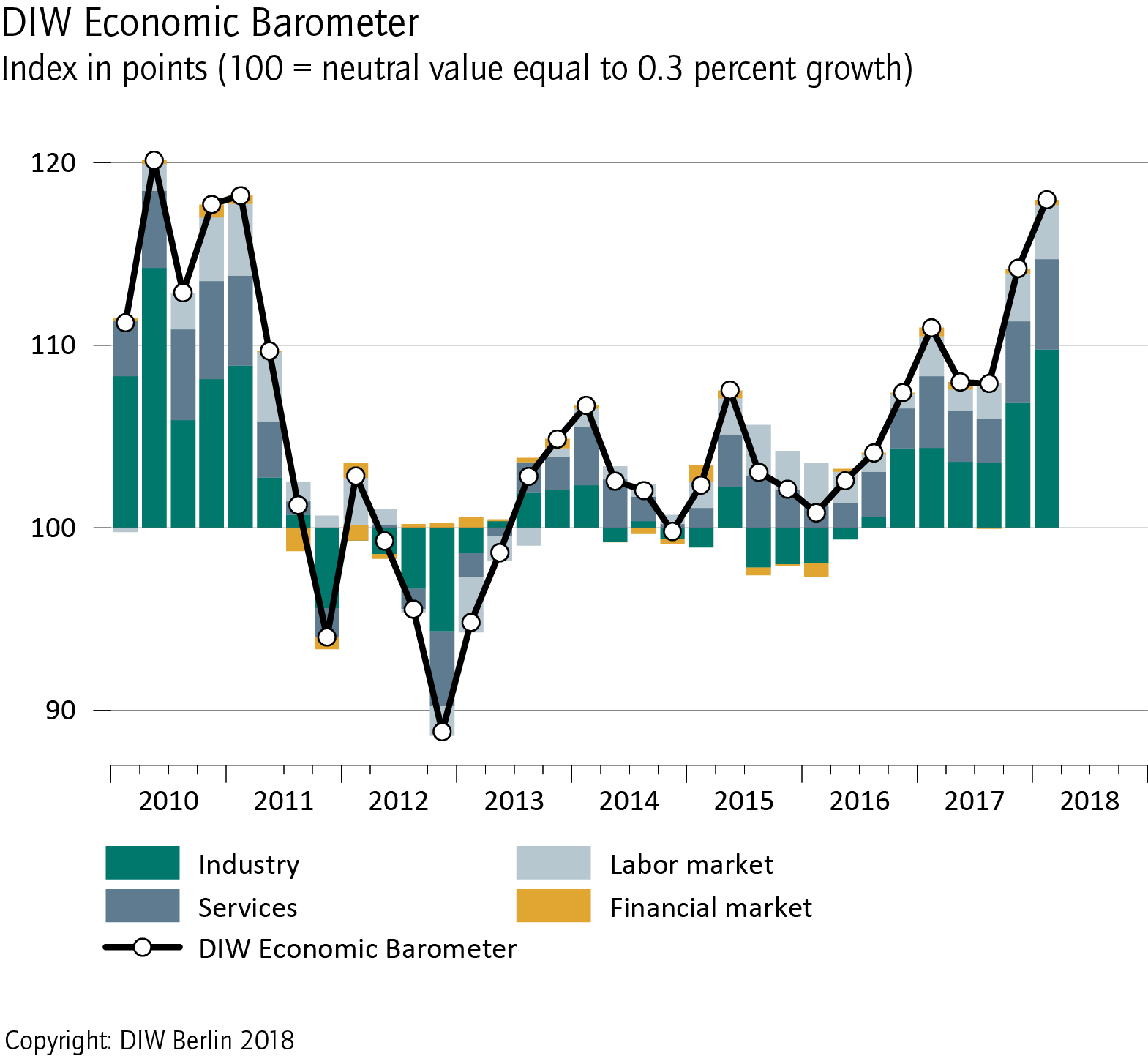 The next DIW Berlin Economic Barometer will be published on Wednesday, February 28, 2018.