The Economic Barometer of the German Insitute for Economic Research (DIW Berlin) remains high but is signaling a weakening of the growth rate. It reached a score of 126 points in the first quarter and 121 points in the second quarter, well above the 100-point mark that stands for average growth.

In February, the consequences of the flu epidemic, many days of strikes, and an above-average number of holidays led to production losses, which should be made up for in the following months. The German economy may therefore grow somewhat more dynamically in the second quarter than at the beginning of the year, contrary to what DIW Berlin's Economic Barometer indicates. GDP growth is likely to be around 0.7 percent in the second quarter, which is higher than in the first quarter, for which DIW Berlin expects an increase of 0.4 percent. However, all in all, the pace in the first half of this year is somewhat slower than before: "The German economy is losing a bit of momentum," said Ferdinand Fichtner, DIW Berlin's chief economic forecaster.

However, this does not mean that the German economy is entering a cooling off phase. "The German economy will continue to grow noticeably because it's profiting from strong global demand," said Simon Junker, DIW Berlin's expert on the German economy. Even if employment growth is slowing down a bit, the number of employees is continuing to rise noticeably and wages should also rise more rapidly in light of increasing shortages in the labor market 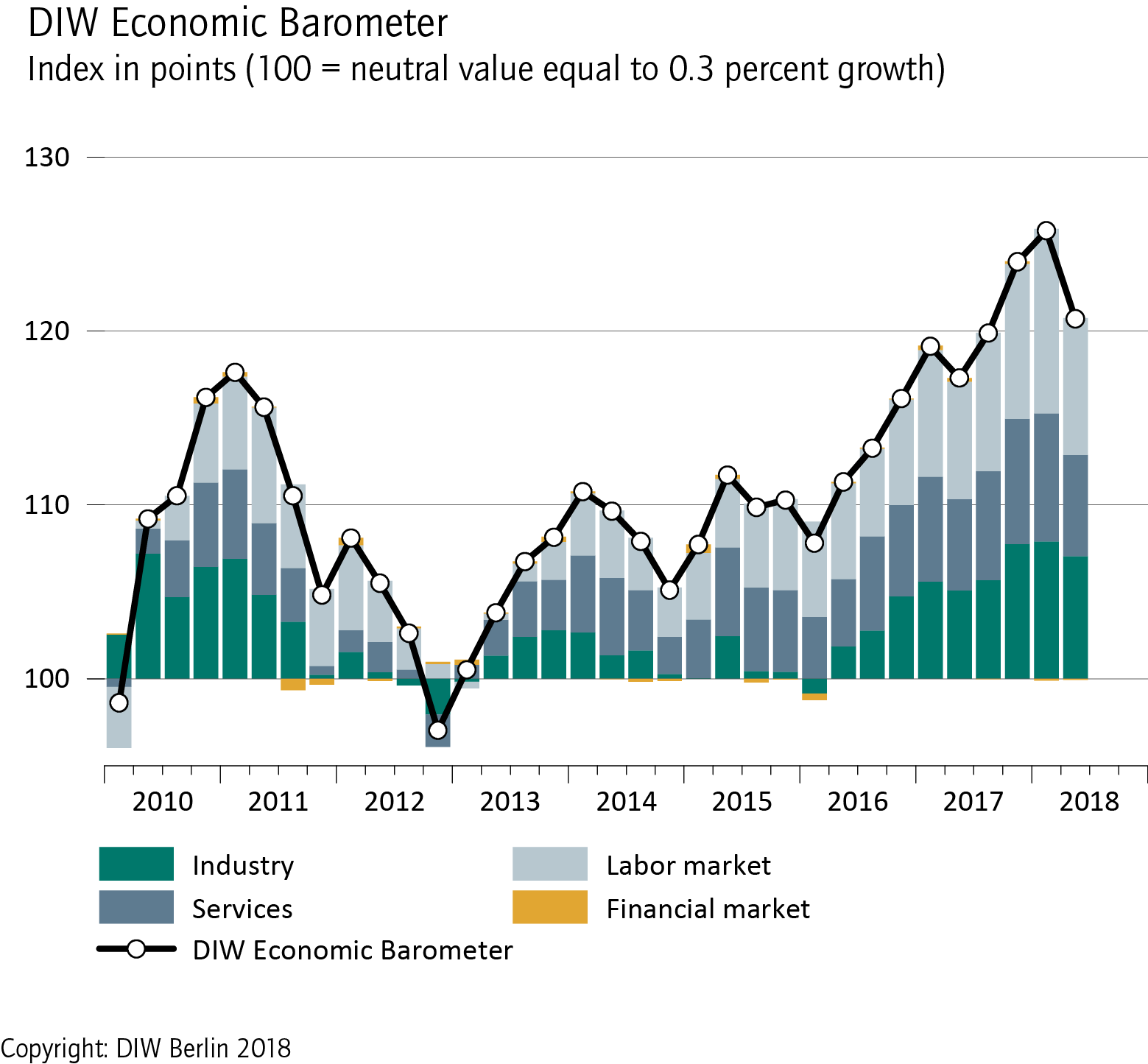 The next DIW Berlin Economic Barometer will be published on Wednesday, May 30, 2018.