The sovereign-bank nexus remains a major vulnerability of the euro area. While the introduction of the Single Supervisory Mechanism and the Single Resolution Mechanism have helped to mitigate the nexus, no progress has been made with respect to the regulation of sovereign exposures. In the talk, Isabel Schnabel explains why the sovereign-bank nexus matters, how sovereign exposures could be regulated (including some empirical simulations), and how this issue is related to other reform streams in the euro area.

To register, please confirm your participation by August 20, 2019 at the email: events@diw.de

Sovereign exposures generated substantial international interest in the aftermath of the global financial and European debt crises. The sovereign-bank nexus negatively affected the European crisis countries in particular, which at some points even ran the risk of economic collapse. Although the ECB purchasing programs could abolish acute danger, they cannot solve the initial problem.

At the DIW Lecture on Money and Finance, Isabel Schnabel, professor for financial economics at the University of Bonn and member of the German Council of Economic Experts, presented her research on the sovereign-bank nexus and proposals for potential sovereign exposure regulation reforms. In this context, she primarily calls for reform efforts within the European currency union. These reforms should take the risk content of government bond portfolios held by banks into consideration. Further, it is important to recognize complementarity with other reform streams like a European Deposit Insurance System or the creation of an European “safe asset.”

In response to Schnabel’s talk, Levin Holle, Directorate-General for Financial Market Policy at the Federal Ministry of Finance, highlighted the achievements in banking regulation on the European level. However, there are still areas that need uniform regulations. Holle also encouraged researchers to widen their focus and consider insurance companies, as they usually hold large amounts of public debt in their portfolios as well. It became evident in the closing panel that near-term reform efforts can be expected for the currency union. Panel participants considered progression on a global scale, e.g. within the Basel Committee, very unlikely. 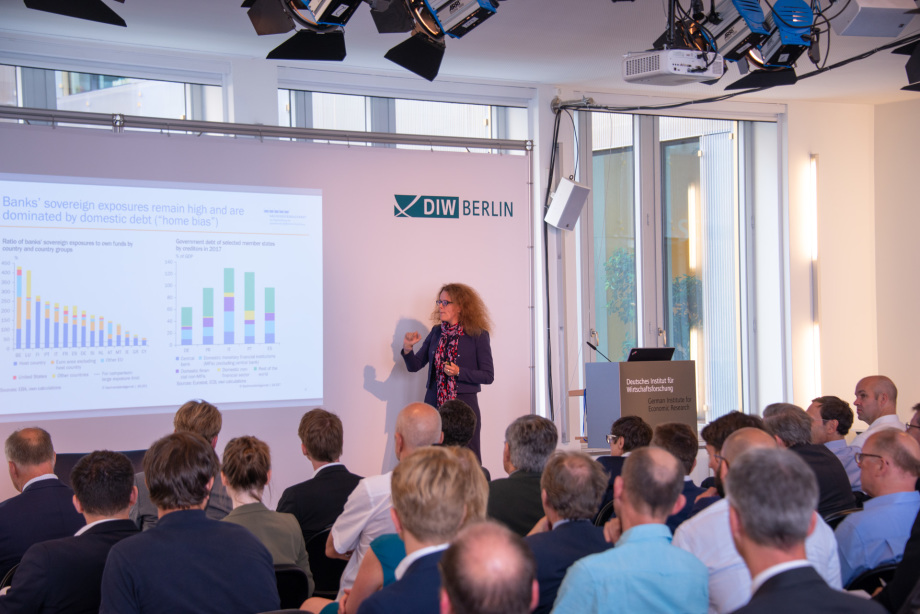 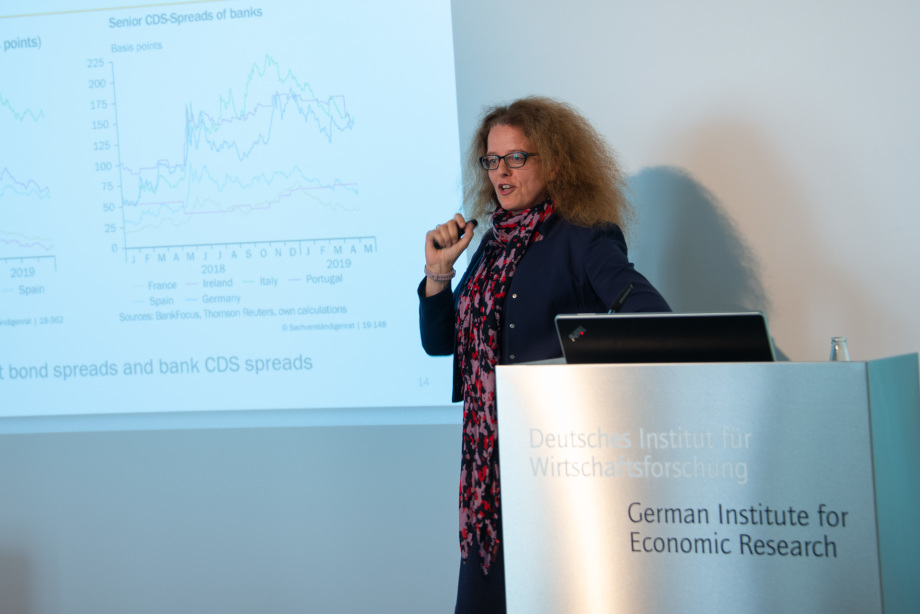 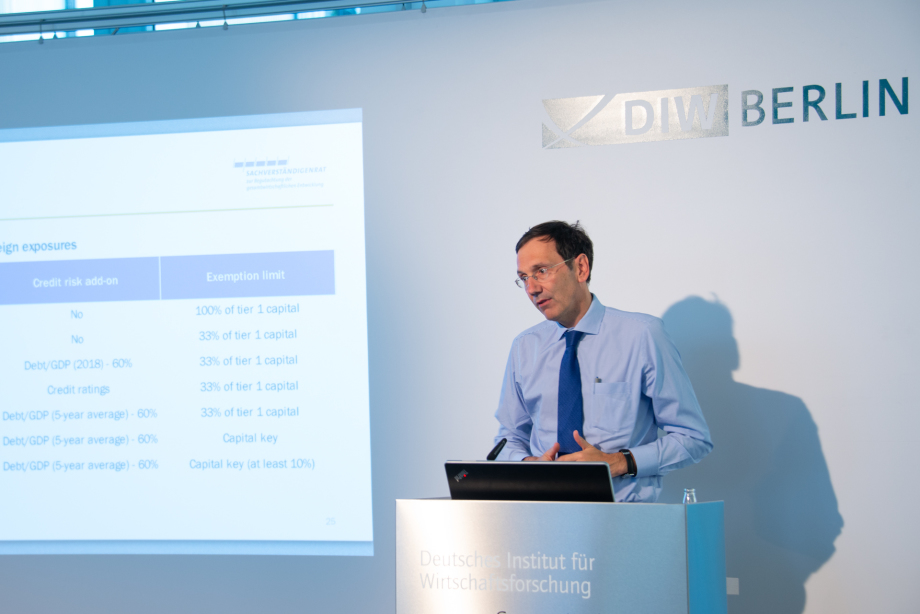 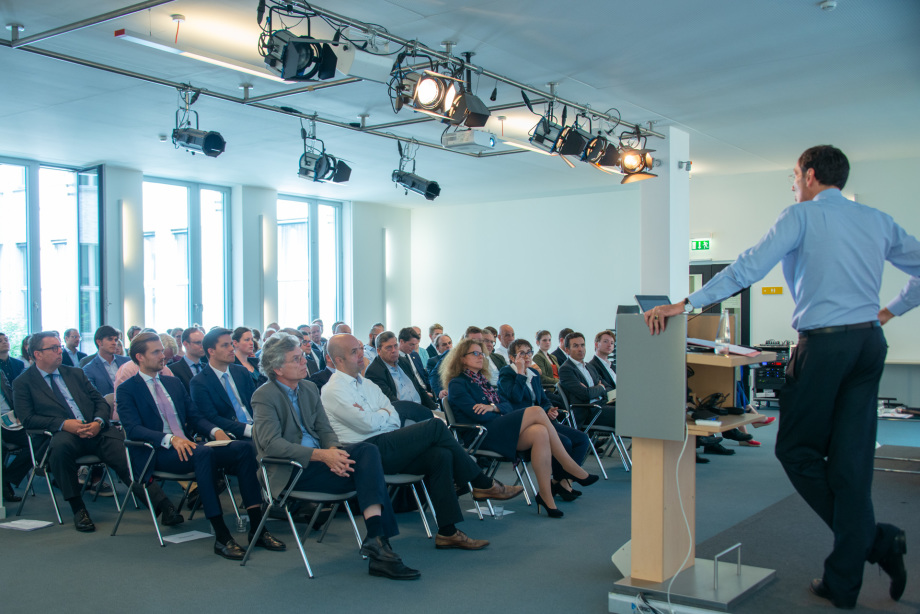 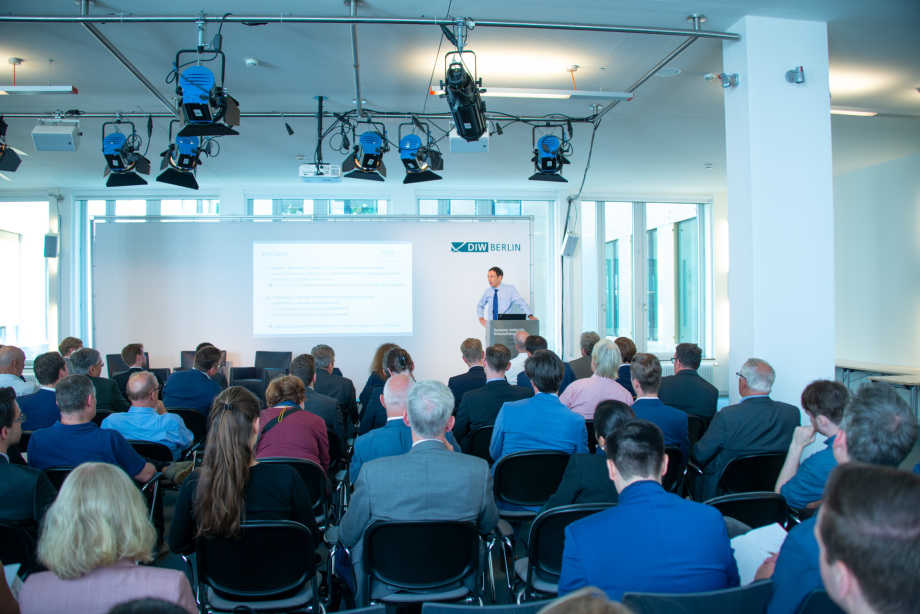 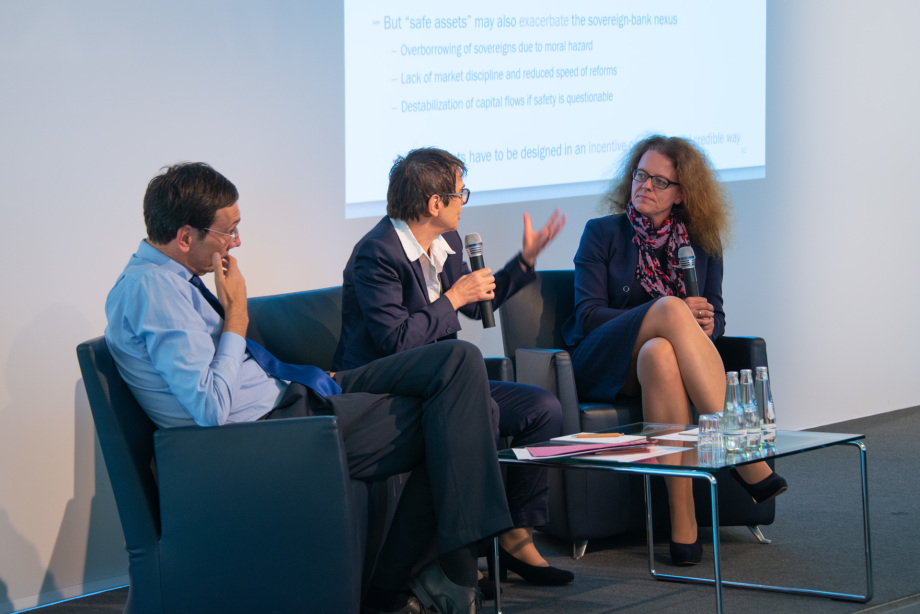 Isabel Schnabel, is Professor of Financial Economics at the University of Bonn. Since 2014, she has been a member of the German Council of Economic Experts, an independent advisory body of the German government. She is also spokesperson of the Cluster of Excellence “ECONtribute: Markets & Public Policy”. Moreover, she is Research Fellow at the Centre for Economic Policy Research (CEPR) in London and at the CESifo in Munich, and Research Affiliate at the Max Planck Institute for Research on Collective Goods in Bonn. She is a member of the Administrative Council and Chair of the Advisory Council of the German Federal Financial Supervisory Authority (BaFin) and Vice Chair of the Advisory Scientific Committee (ASC) of the European Systemic Risk Board (ESRB). Her research focuses on financial stability, banking regulation, international capital flows, and economic history.

Levin Holle, Directorate-General for Financial Market Policy at the Federal Ministry of Finance

About the DIW Lecture on Money and Finance keyboard_arrow_up

The DIW Lectures on Money and Finance bring together representatives of government, legislatures, the financial sector, think tanks, and academia to discuss how policy makers and monetary authorities can create policies and regulations that foster a more sustainable and stable financial system. Together with the speaker, we will debate questions revolving around crucial challenges for modern central banking, financial market regulation and stability and sustainability of financial systems. 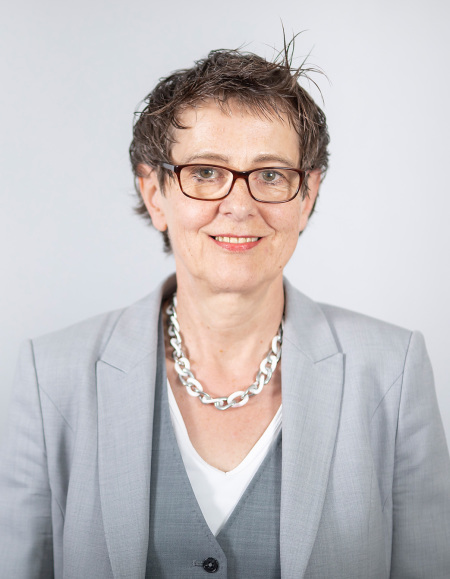 DIW Lecture on Money and Finance

DIW Lecture on Money and Finance