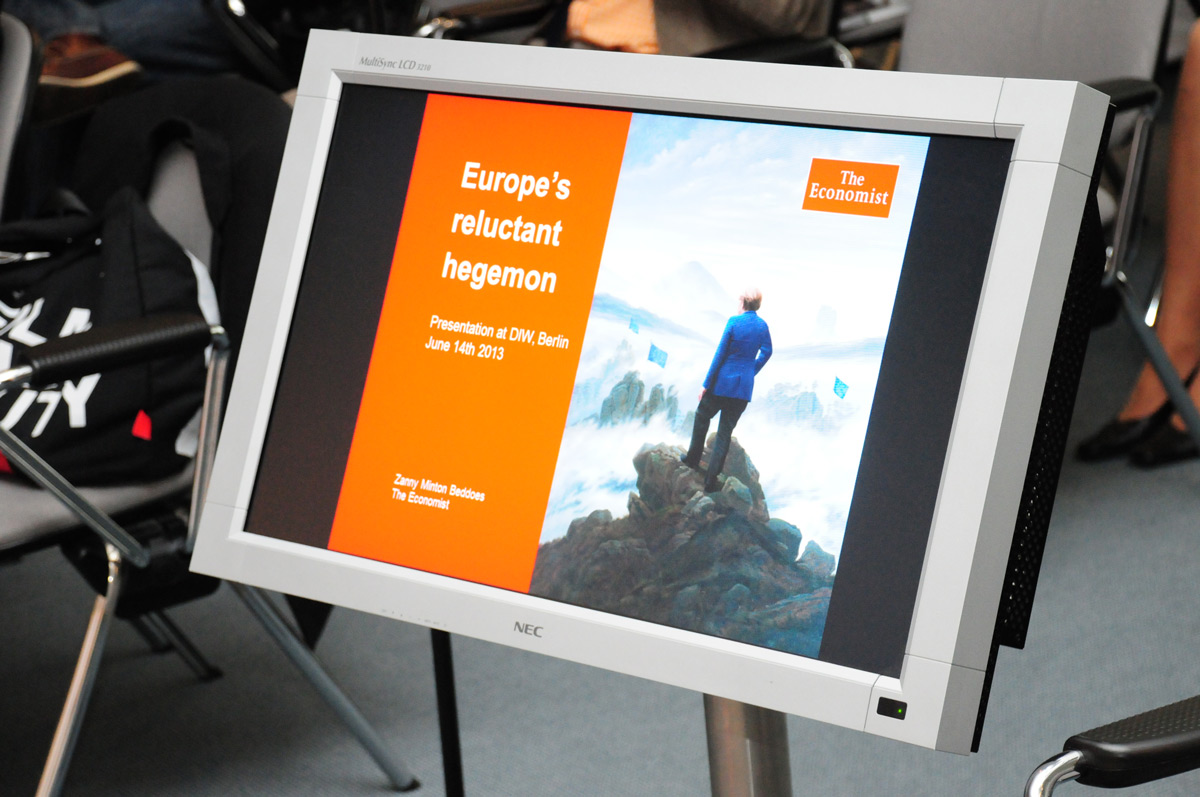 On June 15, 2013, the international affairs magazine The Economist published a Germany Special Report, analyzing Germany's economy, politics, and external image. In a remarkably short space of time, the country written off as the "sick man of Europe" only a decade ago has become the continent's powerhouse. Yet, as important as Germany is, Europe and the rest of the world have so little understanding of the country. In southern Europe, it is denounced as a selfish tyrant pushing through destructive austerity measures. Americans complain about Germany's lack of willingness to assume a stronger leadership role. Zanny Minton Beddoes is convinced that "Europe's reluctant hegemonic power" must now take more control as the continent's politically and economically dominant country. Europe's future depends on it.

What will Germany's unwillingness to think and lead strategically mean for the future of Europe and the euro? To what extent does Germany's concept of leadership, deeply ambivalent for historical reasons, shape its vision of Europe and why is this inadequate and incomplete? What do Europe and the US expect from Germany? How is German Chancellor Angela Merkel's policy of caution perceived in other countries? How do the energy transition and demographic change in Germany, in particular, impact on its own economy and its leading role in Europe?

Presentation: Zanny Minton Beddoes, The Economist
As The Economist's Economics Editor in Washington, Zanny Minton Beddoes has been responsible for the magazine's global economics coverage since 2007. Managing a team of writers around the world, she reports on international financial matters, including the enlargement of the European Union, the future of the International Monetary Fund, and economic reforms in emerging economies.

Chair: Prof. Marcel Fratzscher, Ph.D., DIW Berlin
Marcel Fratzscher is President of DIW Berlin, one of the leading economic research institutes and think tanks in Europe, and Professor of Macroeconomics and Finance at Humboldt-University Berlin. His prior professional experience includes work as Head of the International Policy Analysis at the European Central Bank (ECB); the Peterson Institute for International Economics; the Ministry of Finance of Indonesia for the Harvard Institute for International Development (HIID); the Asian Development Bank and the World Bank