The German economy is expected to have gained a good 0.7 percent in the first quarter of 2018 compared to the final quarter of 2017. This is signaled by the Economic Barometer of the German Institute for Economic Research (DIW Berlin), which rose from 113 to 118 points. It is still well above the 100-point mark, which stands for average growth.

“The economic boom has continued, fueled by powerful exports,” said Ferdinand Fichtner, DIW Berlin’s chief economic forecaster. “Over the coming months, the industrial sector is likely to live on the most recent surge in orders, but a slightly more moderate pace is emerging for the second half of the year.” The world economy, and thus foreign demand, will probably lose some steam. This is also reflected in the recent decline in new orders; the previously euphoric mood among companies has recently diminished somewhat.

Even if growth probably cannot continue at its current high speed, “the boom will continue because job creation is continuing at a slightly reduced pace. Due to increasing shortages in the labor market, wages are likely to rise noticeably,” explained Simon Junker, DIW Berlin’s expert on the German economy. “Many measures could stimulate private consumption in the coming year if the new government implements its plans and significantly reduces private households’ expenses.” 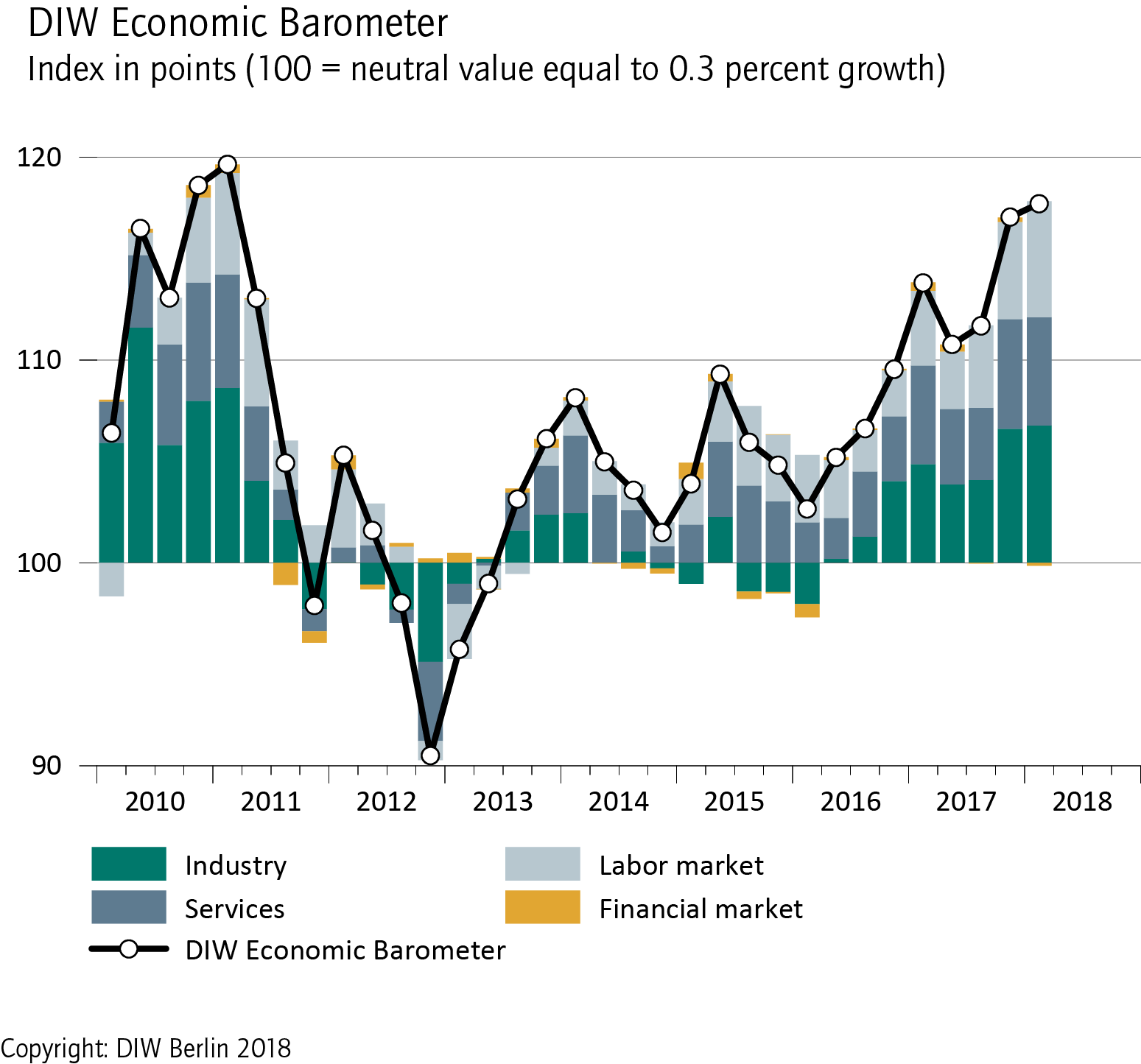