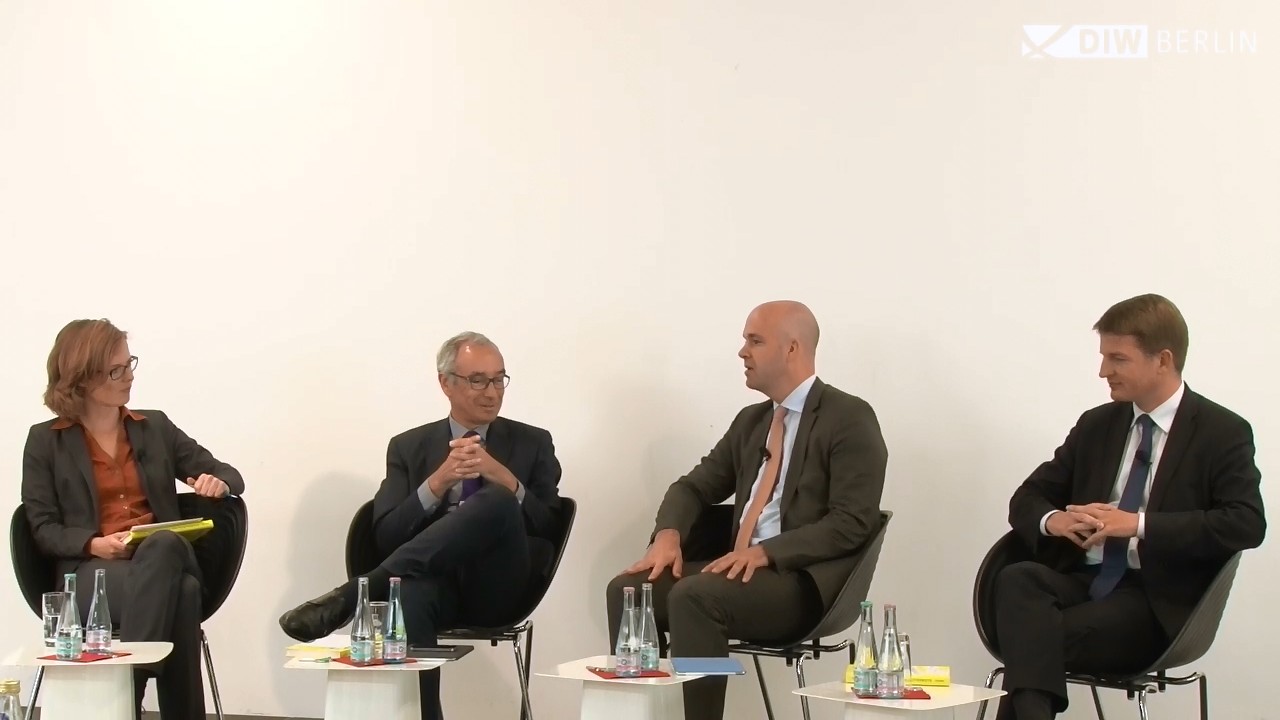 The Euro Crisis and Its Aftermath: Panel Discussion with ESMT, Hertie School of Governance and DIW Berlin

At this panel discussion, Jörg Rocholl, Jean Pisani-Ferry, and Marcel Fratzscher discussed key themes from Jean Pisani-Ferry's new book "The Euro crisis and its aftermath" and explore ways of strengthening the euro area and promoting the integration process. The euro's life, while only slightly more than a decade long, has been riddled by a series of challenges and crises. The disparity between the prosperous northern countries of Germany and France and the plummeting southern countries, including Italy and Greece, has exacerbated problems within the political and economic union of the Eurozone. The north, especially Germany, has debated where to draw the line between doing whatever is necessary to save the common currency and what they have viewed as a charity bailout of countries who flouted the rules for a decade and suffered predictable consequences. Meanwhile, southern countries such as Italy, Spain, and Greece have grown increasingly bitter at the patronizing attitudes of their partners to the north. Amidst loud and frequent debates, solutions including routes for increased integration and punitive policies and reforms have been enacted and discarded to a limited degree of success. The struggles facing this monetary union continue to develop even today.