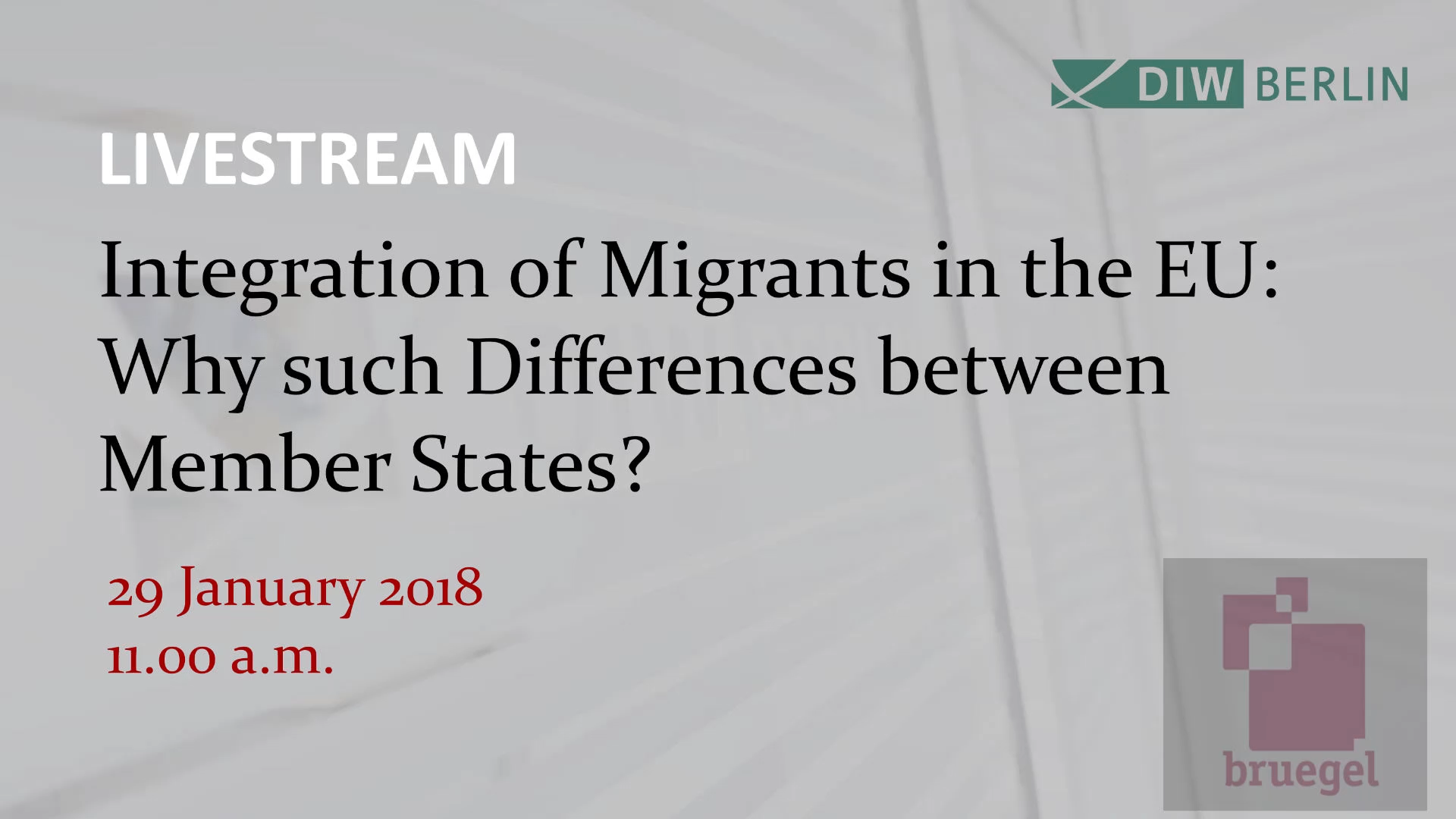 Integration of Migrants in the EU: Why Such Differences Between Member States?

Since the early 1990s, immigration has been a more important source of population increase in the EU than the natural change due to births and deaths, while in recent years Europe is facing a large inflow of refugees. At the same time, Eurobarometer opinion surveys reveal that immigration tops the list of challenges that EU citizens are most concerned about and therefore effective policies toward immigration are more important now than ever.

Following the keynote address by Jutta Cordt on European and German immigration policies, the event will focus on integration of migrants in the EU and explore the reasons behind the large differences in migration integration effectiveness across the EU member states.

The event, organised by Bruegel in cooperation with DIW Berlin will discuss these and related questions and will also feature the launch in Berlin of the study authored by Uuriintuya Batsaikhan, Zsolt Darvas and Inês Gonçalves Raposo on the impact and integration of migrants in the European Union (Download).